The Big Bang Is The Big Lie 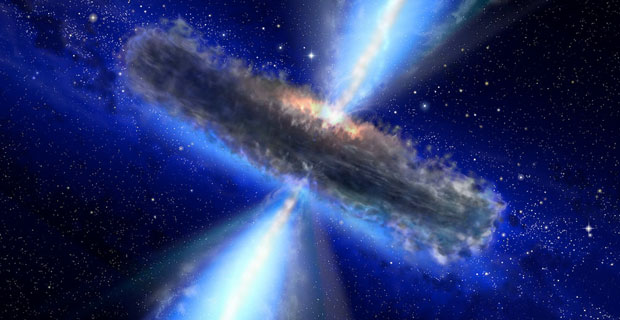 Galatians 1:8, “But though we, or an angel from heaven, preach any other gospel unto you than that which we have preached unto you, let him be accursed.”

The above beautiful photo was recently taken in 2012 from the Hubble Space Telescope. The new and much anticipated James Webb Space Telescope is scheduled for launch in 2018.

I watched a very fascinating 1:53 hour science documentary today titled, HUNTING THE ELEMENTS by NOVA (a PBS corporation broadcast). There are about 90 known elements on The Periodic Table Of Elements (117 if you include manmade elements). Several elements have only been created for a few seconds and then disappear, but they aren't indeed new elements. It's amazing that the table was invented until 1860. It's hard to believe how far mankind has gone from virtually no understanding to the incredible insights that we have today in just a mere 150 years. For 5,850 years mankind lived in the dark, literally, because usable electricity had not been discovered yet.

Although the science is awesome and it truly testifies to God's greatness, the film on HUNTING THE ELEMENTS is presented from a heathen perspective, attributing the Big Bang and evolution as the source of all creation in the universe. It breaks my heart and makes me upset at the same time. How could anyone be so naive as to believe that the orderly universe came about by a big explosion? That's like saying that a big explosion formed into a dictionary with meaningful words arranged in alphabetical order. The probability would not only be astronomically improbable, but exponentially IMPOSSIBLE!!! The Big Bang is not even plausible if you're honest about the matter.

If you can watch the GOD OF WONDERS VIDEO (an awesome film! God's greatness is unsearchable, Psalm 145:3) and still believe in a Big Bang, then your heart is truly grown over with hardness from sin. God has been so good to all of us. Psalms 145:9, “The LORD is good to all: and his tender mercies are over all his works.” Luke 6:35 says that God is king even to the unthankful and to the evil. I am amazed every time I read that. God feeds, clothes and gives good health to wicked sinners who curse and blaspheme His holy name. God knows they will never be saved; yet He loves them unconditionally.

I the preceding GOD OF WONDERS video, I learned that the amount of information contained in just one pinhead volume of DNA would require a stack of books from the earth to the moon times 500!!! DNA is proof of an intelligent Creator. DNA didn't just happen. DNA is evidence of a caring and omnipotent God. The Bible teaches that if God was willing to give us His only begotten Son to die for our sins, then He will freely give us ALL THINGS (Romans 8:32). But for those wicked people who reject God's gift of Jesus Christ, they will die in their sins and God won't give them even one drop of water to relieve their torments in the fires of Hell (Luke 16:19-32). All Things Or Not One Drop Of Water (God offers everything for free, or you'll burn forever).

God is so awesome, generous, loving, good, kind, long-suffering, patient and morally upright. If any person neglects so great a salvation and awesome Creator, then they get the Hell they have chosen. Psalms 139:8, “If I ascend up into heaven, thou art there: if I make my bed in hell, behold, thou art there.” If you make your bed in Hell, then that's your doing. Satan blinds people to the truth (2nd Corinthians 4:3-4). The Big Bang is one of Satan's greatest deceptions. Even Charles Darwin allegedly recanted the foolishness of evolution in his old age, but historians have disputed the claim.

Only love for sin hinders men from coming to Jesus Christ to be forgiven and saved. John 6:37, “All that the Father giveth me shall come to me; and him that cometh to me I will in no wise cast out.” The Lord could not be more just and reasonable. Isaiah 1:18 says “Come now, and let us reason together, saith the LORD: though your sins be as scarlet, they shall be as white as snow; though they be red like crimson, they shall be as wool.” What an awesome God!!! The Big Bang is a lie! Not only common sense, but the holy Scriptures tell us that the Big Bang is false. God is eternal, having no beginning nor end. God made the seasons...

Psalms 104:19, “He appointed the moon for seasons: the sun knoweth his going down.”

The Bible teaches that the universe is wearing old, like a garment...

Hebrews 1:10-11, “And, Thou, Lord, in the beginning hast laid the foundation of the earth; and the heavens are the works of thine hands: They shall perish; but thou remainest; and they all shall wax old as doth a garment.”

God is an awesome God, my God, and I am His adopted child by faith. Read what Job said about our great God...

Job 26:7-12, “He stretcheth out the north over the empty place, and hangeth the earth upon nothing. He bindeth up the waters in his thick clouds; and the cloud is not rent under them. He holdeth back the face of his throne, and spreadeth his cloud upon it. He hath compassed the waters with bounds, until the day and night come to an end. The pillars of heaven tremble and are astonished at his reproof. He divideth the sea with his power, and by his understanding he smiteth through the proud.”

You cannot believe both the Big Bang and the Word of God. The Bible teaches in Genesis that God created the universe. Genesis 1:1, “In the beginning God created the heaven and the earth.” There was no Big Bang. To teach the Big Bang is blasphemy against God. Evolution is rooted in rotten atheism. Man chose to rebel against his Creator (Romans 5:12). This brought death, disease and suffering into the world. Thankfully, the good news (gospel) is that God sent His only begotten Son to pay the price for our sin debt. Jesus shed His precious blood and paid for our sins (1st Peter 1:18-19). What a Savior!

To teach or adopt the teaching of the Big Bang is to shake one's fist in God's face. The planets would go crashing into each other and gravitate into the sun if God didn't keep them in orbit. God maintains His creation. God's greatest work is His immeasurable love for humanity. Let all that hath breath and a tongue praise the Lord!

Astronomers have discovered that there are at least one billion time one trillion stars in the universe. That's 6 sextillion stars! Numerically that would be expressed as 1,000,000,000,000,000,000,000 stars!!! Wow! And that's just the minimum! The Bible teaches that God has a name for each and every star and calls them all by their names. Psalms 147:4, “He telleth the number of the stars; he calleth them all by their names.” Isn't it comforting to read in Matthew 10:30 that God knows how many hairs are on our head. God sees every sparrow that falls from the sky (Matthew 10:29). The Lord doesn't miss anything. Proverb 15:3, “The eyes of the LORD are in every place, beholding the evil and the good.” That person who hurt your feelings, God saw it. Proverb 5:21, “For the ways of man are before the eyes of the LORD, and he pondereth all his goings.” Every sin that a person commits, God sees them all. God sees every act of kindness and generosity that we do. God sees our broken heart and loneliness.

Watch how a $150,000 watch is handcrafted, and then tell me that the universe just happened. If you are an honest person you certainly cannot. The universe has design, order and incredible wisdom behind it...

The Bible teaches that we walk BY FAITH as Christians, not BY SIGHT (2nd Corinthians 5:7). Most believers get frustrated because they can't SEE God's hand at work in their life. The Bible says that we walk BY FAITH (that which we cannot see).  John 20:29, “Jesus saith unto him, Thomas, because thou hast seen me, thou hast believed: blessed are they that have not seen, and yet have believed.” Romans 8:8, “So then they that are in the flesh cannot please God.” As born-again Christians we are waiting and looking forward to Christ's appearing at the Rapture. Colossians 3:1-3, “If ye then be risen with Christ, seek those things which are above, where Christ sitteth on the right hand of God. Set your affection on things above, not on things on the earth. For ye are dead, and your life is hid with Christ in God. When Christ, who is our life, shall appear, then shall ye also appear with him in glory.” Hang in there my Christians brethren.

If you have never received Christ, then I plead with you to do so now, before it is too late. Receive the death, burial and resurrection of Christ Jesus as PAYMENT for your sins. Repent of your unbelief and believe on Jesus as the Christ, the Son of the living God and be ye saved. Christ has risen from the dead!!! John 20:31, “But these are written, that ye might believe that Jesus is the Christ, the Son of God; and that believing ye might have life through his name.”