Psalm 138:2, “I will worship toward thy holy temple, and praise thy name for thy lovingkindness and for thy truth: for thou hast magnified thy word above all thy name.”

The Lollard movement was outwardly suppressed, but there were always remains of it, and from time to time persons were punished for meeting together to read the Scriptures. The New Learning and the Reformation quickened interest in the Word, and it was a fresh translation of the Bible which was the most powerful means of bringing widespread revival among the people.

William Tyndale, who had studied at Oxford and Cambridge, and had been greatly affected by the teachings of Luther, was in the habit of discussing with the clergy who came to the house where he was a tutor, and showing them how widely they erred from the teachings of Scripture.

This raised persecution which obliged him to leave the country, but he had seen that the great need of the people was to become acquainted with the Bible, and he promised that "if God spared his life, ere many years he would cause the boys that drove the plough to know more of the Scriptures" than the divines who kept it from them living as an exile on the Continent, and "being inflamed with a tender care and zeal of his country, he studied how by all means possible to bring his countrymen to the same taste and understanding of God's holy word and verity, which the Lord had endued him withal.

"The first edition of his translation of the New Testament was published in 1525, and was followed by a second, printed the next year in Cologne. Afterwards came the Pentateuch and other parts of the Old Testament, translated in Antwerp and Hamburg, as well as frequent editions of the New. The difficulties and dangers involved in getting such volumes into England were almost as great as those which lay in the way of their distribution. The clergy opposed the new translation with all their might. Sir Thomas More was one who wrote violently against it.

Although more than any other translation it influenced the Authorized Version, which is indeed to a great extent founded upon it, it was at first declared to be full of errors. Great exception was taken to its using the word "congregation" for "church"; and More said it was so full of errors that "to tell all would be to rehearse the whole book", "to search for one fault would be like studying where to find water in the sea. "

The Testaments were smuggled into England, and an association calling themselves "Christian Brethren" carried them through the country. Everywhere bought and read with avidity, they soon came into the Universities, where societies were formed for meeting to read them. The Bishop of London very early issued an injunction prohibiting them, saying: "Wherefore we, understanding by the report of divers credible persons, and also by the evident appearance of the matter, that many children of iniquity ... blinded through extreme wickedness, wandering from the way of truth and the Catholic faith, craftily have translated the New Testament into our English tongue....

Of the which translation there are many books imprinted, some with glosses and some without, containing in the English tongue that pestiferous and most pernicious poison dispersed throughout all our diocese of London in great number, which ... without doubt will contaminate and infect the flock committed unto us, with most deadly poison and heresy ... we ... command that within thirty days ... under pain of excommunication and incurring the suspicion of heresy, they do bring in and really deliver to our Vicar-General all and singular such books as contain the translation of the New Testament in the English tongue. "

He affirmed that there were more than two thousand heresies in this translation. Knowing a merchant named Packington who was connected with the distribution, he hoped to destroy the books through him, and it is related: "The bishop, thinking that he had God by the toe, when indeed he had (as after he thought) the Devil by the fist, said, `Gentle maister Packington, do your diligence to get them, and with all my heart I will pay for them, whatever they cost you, for the books are erroneous and naughty, and I intend surely to destroy them all, and to burn them at St. Paul's Cross."'

This bargain was carried out and money thus provided for the printing of a much larger number of Testaments. A prisoner accused of heresy, when asked how Tyndale and his friends were supported, said: "It is the Bishop of London that hath holpen us, for he hath bestowed among us a great deal of money in New Testaments to burn them, and that hath been, and yet is, our only succour and comfort." Diligent inquisition was made for the prohibited books, and large numbers of people were fined or imprisoned or put to death for possessing them. It is recorded that "Divers persons that were detected to use reading of the New Testament, set forth by Tyndale, were punished . . . but still the number of them daily increased."

By the help of a spy sent from England Tyndale was eventually taken, and at Vilvoord in Belgium, condemned, strangled, and his body burnt (1536). But his work was done, he had taken his valiant part with all those who by translating and distributing the Bible, by practicing and teaching the truths it reveals, have helped to bring to men the knowledge of God and show them the Way of Life.

Great changes were going on in England at this time. In 1531, King Henry VIII was acknowledged as the Supreme Head of the Church of England, the Church of England thus taking the place of the Church of Rome, and the King that of the Pope. The conflict between the Pope and the King was that between Church and State on the one hand and State and Church on the other, between the Papist and the Erastian views. The plan of bringing about Reform by making the civil power superior to the ecclesiastical (Erastianism) had already been introduced in the churches of Brandenburg and of Saxony. Cranmer held that this was the best course, and Henry VIII adopted it as his policy in England.

In the year of Tyndale's death, his translation of the Bible, revised and edited at the King's command by Miles Coverdale, was taken under the Royal patronage, ordered to be accepted as the foundation of national faith and placed in the churches throughout the country. This favour was, however, soon withdrawn. In 1543, a measure entitled, "An act for the advancement of true religion, and for the abolishment of the contrary" enacted that "All manner of books of the Old and New Testament in English, being of the crafty, false, and untrue translation of Tyndale, shall be clearly and utterly abolished, extinguished, and forbidden to be kept or used." The punishments for disobedience were very severe, amounting in some cases to imprisonment for life.

Other books might be read, but the reading of the Scriptures was confined to judges, noblemen, captains and justices, who might read the Bible to their families. "Merchants may read it in private to themselves; but no women, or artificers, prentyses, journeyman, serving man of the degree of yeoman or under, no husbandman, nor labourers, shall read within this realm the Bible or New Testament in English to himself, or to any other, privately or openly." Noble women or gentlewomen might read it to themselves.

The King declared that by laws dreadful and penal he would purge and cleanse his realm of all such books. But whether permitted or forbidden, the people could not now be prevented from reading the Scriptures. When they were read aloud in the churches crowds came to hear; when they were forbidden all risks were run to obtain them.

A labourer wrote in his Testament: "On the invention of things, at Oxforde the yere 1546 browt down to Seynbury by John Darbye, price 14d. When I kepe Mr. Letymers shype I bout thys boke, when the Testament was abergatyn, that shepherdys might not red hit: I pray God amende that blyndnes. Wryt by Robert Wyllyams, keppynge shepe vppon Seynbury Hill."

As the people were taught by Moses and the Prophets, by the Histories and the Psalms, especially as, in the Gospels, they learned to know Jesus Christ, and from the Epistles traced the consequences of His atoning work, the whole character of the nation was changed, for, in any nation, the extent to which righteousness and compassion prevail is a measure of the extent to which this Book has affected the hearts and minds of the people.

During the six years of the reign of Edward VI those in power developed the Church of England on more definitely Protestant lines than formerly, but in the following six years of the reign of Queen Mary this policy was reversed, and England returned to her allegiance to the Pope, receiving absolution for her heresy and schism. Where, however, the Government was pliant, the people were adamant. No efforts could induce them to submit to practices which were clearly contrary to the Word of God.

Hundreds of people, not only those in high positions, but also from among the humblest, both men and women, were publicly burned to death in the towns and villages of England. The sufferings of these martyrs were more effective in breaking the power of Rome than the policies of rulers or the arguments of divines. Those fires still burn in the memory of the people of England, beacon lights, warning them against any return to a system that could bear such fruits.

1st Corinthians 14:33, “For God is not the author of confusion, but of peace, as in all churches of the saints.”

"Cast thy bread upon the waters: for thou shalt find it after many days." 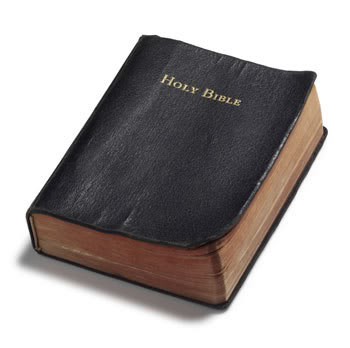 Public domain. No rights reserved. May be distributed freely.